People searching for homes often get confused when they get to know of a walkout basement. It’s very likely that you, among several others, may never have heard of this term before, and that’s okay. Since most houses don’t have a basement at all, it’s unlikely for many people to be aware of it. Through this guide, we aim to run you through the idea and get you all the answers to the question, “what is a walkout basement?”

What is a Walkout Basement

A walkout basement, as the name suggests, is different from a regular or traditional basement. It consists of a wall with a door and windows at the ground level. The reason this type of basement is not common in most homes is that the house needs to be placed on a slope of some kind to have a walkout basement

Since they are unique in structure, some people simply consider getting them built to add some character to their house. All in all, these basements are downward sloping and allow you to get inside from ground level, very similar to walking into your home using a front door.

Is it Practical to Have a Walkout Basement?

If you’re planning to have a basement of this sort in your house, there are certain factors to consider. For example, does the site even have enough slope for it? Or what degree of slope does it need? These questions require as much attention as building a home in the first place.

There’s a lot more to consider and figure out if it’s even possible to have a certain degree of slope. Soil mechanics also have a crucial role to play here. This is why before taking the leap yourself, contact a professional and let them determine how much slope a certain piece of land has and if it will allow you to build a walkout basement.

In terms of cost, you may have to spend thousands of dollars on building a walkout basement. While it’s hard to quote the exact price due to a number of factors, a basement like this is not easy on the pocket. Therefore, deciding whether it’s practical in terms of cost is entirely on your preferences and affordability.

Can You Count the Basement as Another Floor?

Since a room needs to be above ground level to be considered a story, walkout basements don’t qualify. Hence, a real estate agent will not see it as a 2 or 3 story house just because of a basement. However, you can count it in the overall square footage of the house.

On the contrary, just because a walkout basement can’t be considered a story, it doesn’t mean that it won’t add any value to your living space. Therefore, here are some pros and cons of having one.

Natural Sunlight for Your Basement

Most people like the idea of having a walkout basement because this way, the basement level of your home receives natural sunlight. At some point, this space may not seem like an abandoned area anymore like the other basements because good sunlight ensures that the area is as welcoming as any other room.

An Additional Point of Entrance

Another perk of having a walkout basement is that you get to have another point of entry to your house.

This can further work out in your favor if you are conscious of break-ins or other security threats. Having a point of entry also means having a point of exit, especially in cases when a fire breaks out or if an intruder breaks in.

While the idea of an underground garage is not practical for everyone, some people don’t mind exploring the opportunity. Storing cars underground can be very useful in some cases, but there’s still a lot of work to be done to make sure that the space can act as a functional garage.

Any space below ground level can be hard to maintain because of its location. These spaces require maintenance because they do not get the same amount of air and light as other areas of the house. Moreover, there could also be issues with moisture in the form of mold.

Unless you have funds to spare, getting a walkout basement built is not a smart idea. It’s costly and can easily dig a hole in your pocket if you’re not entirely prepared. While the investment may add value to the house in the long run, the initial costs aren’t exactly economical, especially if you’re on a budget.

Now that you know “what is a walkout basement,” it’s time to have the final verdict on it. What we know so far is that it’s different from a traditional basement and requires a certain amount of slope for construction.

While it is costly, it does add value to the structure of your house in many ways. It serves as an additional entry point, and you can also count it in the overall square footage of your home. On the downside, it may not be suitable for you if you’re on a budget and can also be hard to maintain.

Therefore, the decision to have it or not have it depends entirely on your budget and willingness. Whether you decide to use it for storage or turn the area into a functional gym, a walkout basement can pull absolutely anything off.  Hence, there’s a lot you can do with some additional space in your house, but it’s also unnecessary if you don’t have much to use it for.

If you plan on selling the property a few years down the lane, having a basement of this nature can be a plus point. In the end, it’s not recommended to forcefully incorporate it in your house’s structure since not many sites have the required amount of slope. However, if you do end up getting it built, never underestimate the possibilities you can enjoy with a walkout basement. 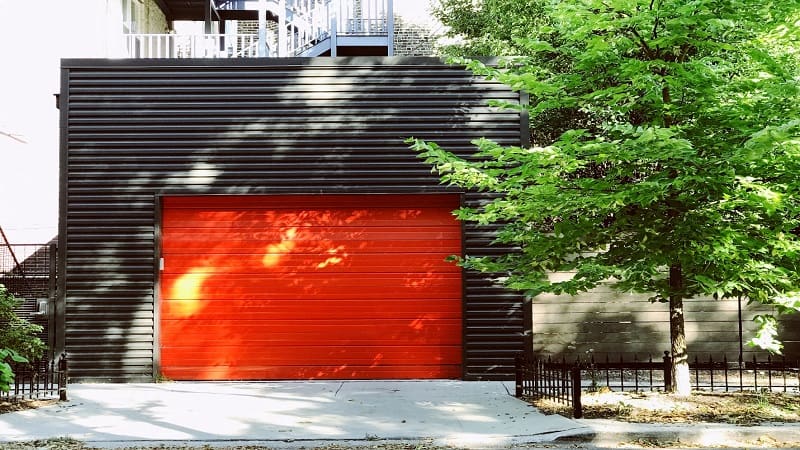 Hi! I'm Lindsay, and I'm a big-time DIY'er. I love doing projects around the house. I live in a super old house that was built in the 1800's, so I'm always busy with home and garden tasks. When I come across something that I think others would benefit from, I write it down, here on Seven Hints.